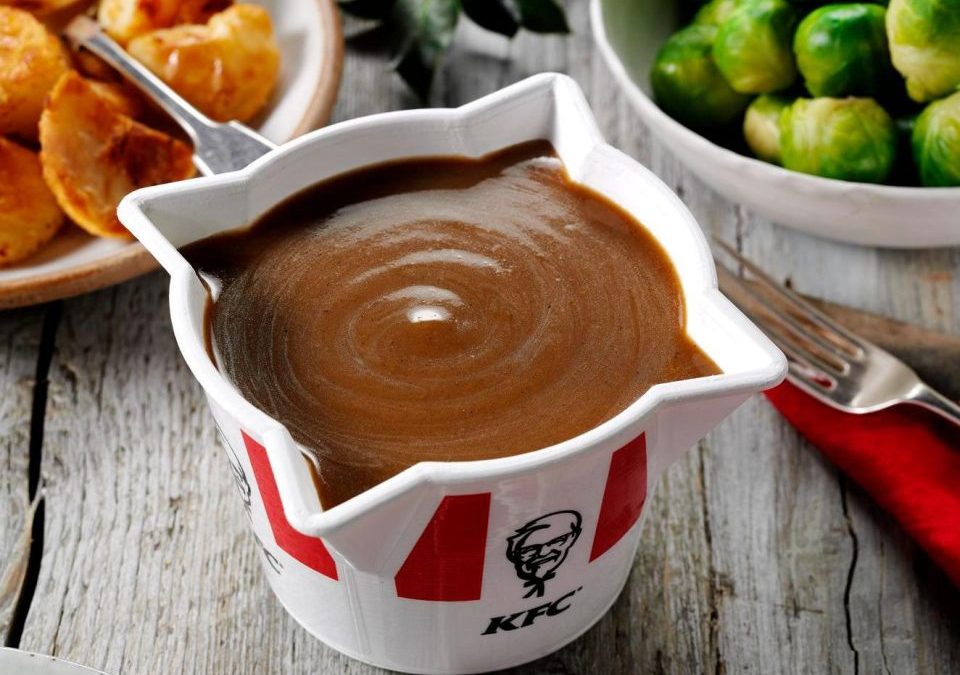 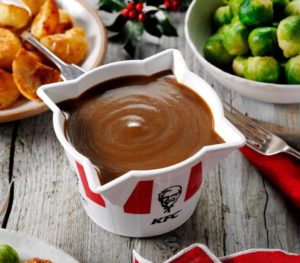 A ‘gravy bucket’ made by us has sparked huge interest in the UK and USA after it featured as the centrepiece of a massive Xmas marketing campaign.

The giant 700ml bucket was the needed after bosses at fast-food giant KFC realised many customers smother their Christmas Day dinner in their famous gravy, apparently pre-purchasing the gravy on Christmas Eve to add to the turkey on Christmas Day.

In the best fast-food traditions, we had to produce the item faster than you can say ‘finger lickin’ good’ – with just two working days between final approval and creation of the prototype for presentation to the client.

“When our clients at Inspired Thinking Group asked us to partner on this project for KFC, we really wanted to push the (gravy) boat out and we worked quickly to create a design very much in the KFC bucket tradition that would spark people’s interest. We then had a very short turnaround time from approval of the concept to manufacturing a prototype for presentation to their marketing team. We hoped it might generate some interest.”

It certainly did that, generating massive press and social media interest, including news coverage as far afield as Chicago. KFC UK’s announcement on Facebook alone was viewed 3.5million times, generating over 64,000 comments.

The KFC post highlighted the bucket’s ergonomic design and “innovative quad sprout technology” and aim to trail the bucket in the near future.

Andy continues “Although a great fun item, on a serious note it highlights our ability to develop a workable concept from a brief that at the same time supports the client’s brand.”